compared to geological time, humans have lived on Earth for the blink of en eye?

If you think of Earth’s history as a single year, the first single-celled life appears around the end of February. Not until September do we see multi-celled life. Dinosaurs appear in early December and die out suddenly on December 26. Humans don’t show up until 11:58 p.m. on New Year’s Eve.

Scientists think that more than 99 percent of all species that have ever lived are extinct today. Earth is now home to about 1.5 million known species and millions not yet discovered. But this biodiversity is threatened by an extinction rate 100 or more times larger than before year 1800. Scientist Edwards O. Wilson warns “we should preserve every scrap of biodiversity as priceless while we learn to use it and come to understand what it means to humanity.”

scientists have tried and so far failed to recreate a miniature version of ecosystem Earth?

The complexity of Earth’s biosphere is illustrated by man’s inability to construct artificial, closed and self-sustaining ecosystems.  The best known and largest of these experiments was Biosphere 2. From 1991 to 1994, scientists built a 1.6 acre glass dome housing a closed ecosystem acting as a life-support system for its inhabitants. This dome included varied environments such as rain forest, desert zone, swamp, an artificial ocean, agricultural areas, and human habitat.

Eight scientists were hermetically sealed inside the dome for a first 18-month experiment. Apart from rearing domestic animals and plants, they studied ongoing changes in the artificial ecosystems. The aim was to construct a fully self-supporting and regenerating system that did not depend on the input of material or energy other than sunlight. Such systems are a prerequisite for extended space missions, where continuous supply is impossible.

Contrary to the planned use for one century, only two enclosing experiments were actually conducted. The ecological balance in Biosphere 2 became unstable. The problems were caused by small details that had been overlooked. The harvest was lower than predicted and the team faced food shortages. Bacteria introduced with the soil produced nitrogen oxides, nitrogen and carbon dioxide, while lowering the oxygen levels. Cockroach and ant populations increased unchecked, but the bees necessary for pollination died. Both experiments were terminated prematurely. It all goes to show you can’t recreate a miniature version of ecosystem Earth. More details and lessons learned here.

Therefore, shouldn’t we do more to protect the Earth, the only viable ecosystem we have? Contrary to latest discussions, we won’t colonize Mars or other planet pretty soon, far from it. And even if we would, majority of people will still be bound to Earth, where even more inhospitable places are far more human survival friendly than other planets known to-date.

My take, in contradiction to Stephen Hawking’s advise*, I would say: Always look down at your feet before looking up! You’d avoid falling off a cliff before you learn how to fly!

*Stephen Hawking quote: “Remember to look up at the stars and not down at your feet”

all life on Earth has a common origin?

The chemical elements are the basis of all matter (from rocks, minerals, and ores, to air, water, plants, animals and humans) and are the foundation of all life. For example, the human body is made of following elements:

By studding meteorites, scientists discovered the origins of these elements in the space – nuclear fusion reaction deep inside a star, like our Sun, produces Hydrogen, whereas Iron is formed at high temperatures and under high pressure by other fusion reactions in the interior of old dying stars, or other elements are formed during supernovae explosions, whose remnants are expanding gas clouds that distribute the elements into space, which provide the raw material for new stars and planets – and for us) – and hence the famous expression: “We all are stardust” !

During the course of Earth’s history, each biologically bound nitrogen atom has been recycled 1.000 times already, while oxygen atoms have gone through 60 cycles so far. Death, decay and decomposition close natural resource cycles. The nutrients taken up during feeding are released again and thus made available to other organisms. The increase and loss of matter is negligible. Each year about 100.000 tons of cosmic dust reach Earth. Conversely, a small amount of atmosphere is lost by erosion through solar wind.

When it comes to living organisms, more proof of same origin and similarities occur:

This reemphasizes the connectivity between all life on Earth, and similarity between humans and other animal species and plants! For all the external differences, deep down, we’re very much alike! 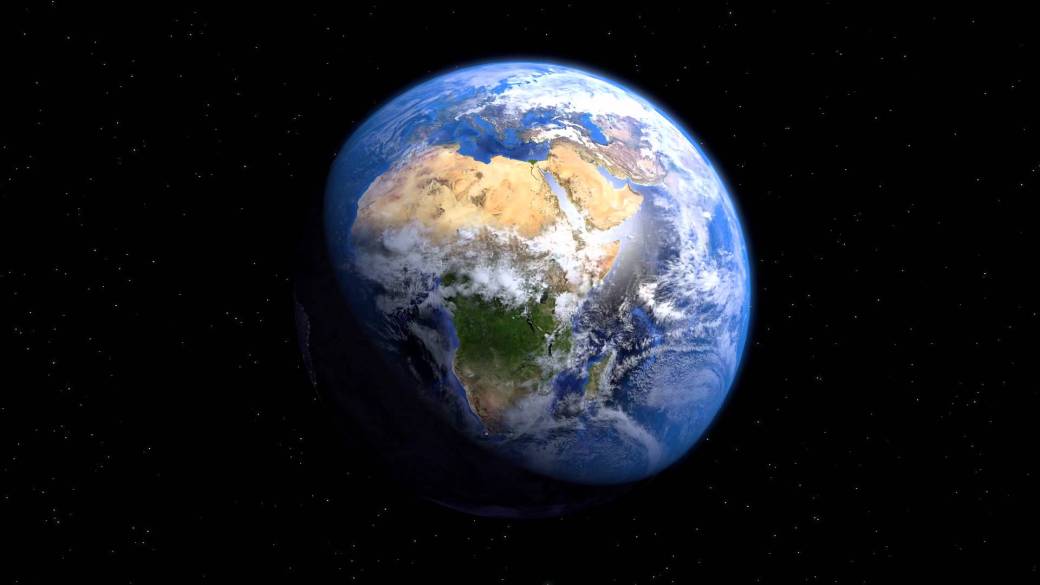 the current airplane design has been inspired in early years from…wild birds?

And birds still continue to inspire aircraft design, as NASA (article here) or major airplane producers look to make flights more efficient? One example, as per Biomimeticsummit, sea birds have the ability to sense gust loads in the air with their beaks and react by adjusting the shape of their wing feathers to suppress lift. The nose of the new Airbus A350XWB contains probes which can detect gusts and deploy movable wing surfaces for more efficient flight. This helps reduce fuel consumption and emissions.

Many more ongoing examples here, however it may started as early as Leonardo da Vinci who researched the wing design of birds and designed a man-powered aircraft in his Codex on the Flight of Birds (1502), which begins with an examination of the flight behavior of birds and proposes mechanisms for flight by machines. In year 2018, we cannot conceive our current or future world without airplanes, as per flightradar24.com, a new record of number of flights is recorded all too often, last one I know counted more than 19.000 airplanes flying in same time as of 1st of July 2018, and a total number of 202.157 were flying that day (actually this record may have been already beaten)!

But let’s have a look how did we reward our mentors? As per BIP (The Biodiversity Indicators Partnership), the Wild Bird Index (WBI) is the average trend in relative abundance of a group of bird species during the breeding season, often grouped by their association and dependence on a particular habitat. It is particularly suited to tracking trends in the condition of habitats through obligate or specialist species. Birds are recognized as good indicators of environmental change and as useful proxies of wider changes in nature. The Wild Bird Index measures average population trends of a suite of representative wild birds as an indicator of the general health of the environment.

Below graph, as well as other sources (at the end of the article), shows an accelerated decline in number of wild birds, some as low as 60%! The most recent stabilization shown I believe is temporary, as human global population is poised to reach 10 bn, pressure on environment is tremendous! Among reasons for birds population drop is destruction of habitat, loss of nesting sites, pollution of their feeding grounds, pesticides and herbicides used in agriculture that impacts their main food source – the insects, and the climate change and intensive urbanization and industrialization of the agriculture. 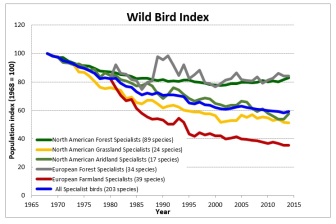 To be reminded, the disappearance of a population, subspecies, or species represents the permanent loss of a range of genes.

Needless to say, it doesn’t have to be like this! I hope it is not too late for these masters of the skies, and they can withstand the recent turbulence created by humankind, while we try to regain our wisdom and learn how to live in harmony with nature and its wonderful species, from which we continue to learn!