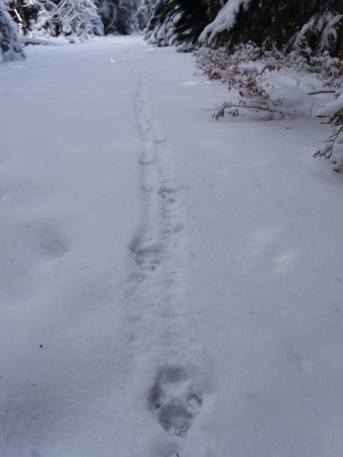 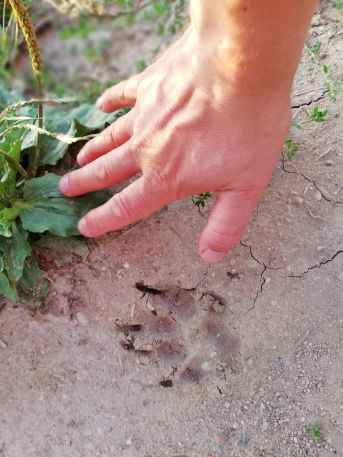 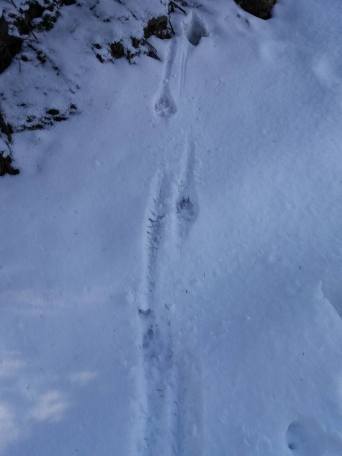 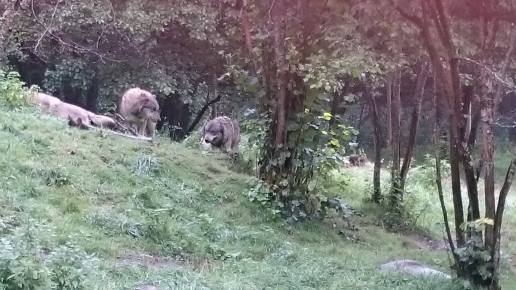 One of the most controversial predators in the world is for sure the famous grey wolf, it is also one of the most adaptive, which despite the ubiquitous persecution and death sentence from the human kind, it has still manage to survive in large parts of the world, and even thrive, due to his shy nature and its excellent survival skills.

The wolves are highly sociable animals, with a clear family structure, built around an alpha pair. The killing of a wolf may have catastrophic consequences over the entire pack, as each individual has a well defined role in raising puppies and hunting. As interesting fact, the domestic dog is a descendant of one of those now-extinct wolf populations, sometimes showing similar social behavior.

The beneficial role of the wolf on the ecosystem has been proved by scientists in the field, in U.S. Yellowstone park, where for tens of years the absence of wolves led to herbivore populations of deer grow out of control, exhausting landscape from over-grazing, and even changing water course, of rivers, by modifying the consistence of vegetation on the river beds. Then the wolves have been reintroduced and the beneficial effects appeared soon, the forest recovered, and the deer number was back under control, all has been measured by scientists and recorded, nevertheless this did not increase wolves acceptance by human communities, in U.S or around the world.

The wolf is a common motif in mythology throughout Eurasia and North America (corresponding to the historical extent of the habitat of the gray wolf). The obvious attribute of the wolf is its nature of a predator, and correspondingly it is strongly associated with danger and destruction, making it the symbol of the warrior on one hand, and that of the devil on the other. The modern trope of the Big Bad Wolf is a development of this although majority of recorded attacks on people have been attributed to animals suffering from rabies. There is however a conflict between wolf and heard grazer which use to leave their animals unattended in the mountains and wild spaces, claiming themselves absolute master of the land…I just call it irresponsibility, laziness and even stupidity, with absolute lack of respect for the other species with which we share this planet.

Fingers cross for this magnificent animal, hope it will survive, as it truly represents the symbol of wild and unspoiled nature! It would be a pity one day if it existed only in the fairy tales or the zoos, the world would never be the same again! 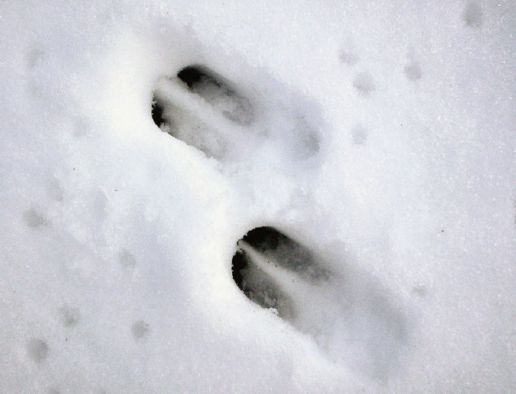 Few words about one of the most common wildlife in rural and wild Europe, the roe deer, a familiar sight close to villages and agricultural fields.

Only the males have antlers, which fall every year, and can be sometimes found in the forests. When the male’s antlers begin to regrow, they are covered in a thin layer of velvet-like fur which disappears later on after the hair’s blood supply is lost. Males may speed up the process by rubbing their antlers on trees, so that their antlers are hard and stiff for the duels during the mating season. Unlike most cervids, roe deer begin regrowing antlers almost immediately after they are shed.

The roe deer is spread in most of Europe, as well as Caucas, and its conservation status is LC (Least Concern), although too often the fall victims of poaching, for meat. 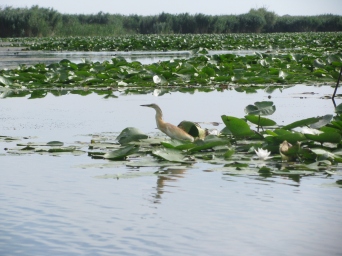 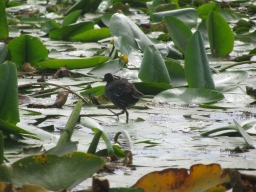 The Danube Delta is the second largest river delta in Europe, after the Volga Delta, and is the best preserved on the continent.

In 1991 agricultural land in the delta surpassed 100,000 hectares, and more than a third of its surface has been affected by crop cultivation, forest plantation, or pisciculture. As a result of these changes, along with the increasing pollution and eutrophication of the waters of the Danube, and decades of exploitation and poor fishing regulations, the fish population has been visibly reduced.

In 1991, the Romanian part of the Danube Delta became part of UNESCO’s list of World Heritage Sites. Around 2,733 km2 of the delta are strictly protected areas.

As a young region in full process of consolidation, the Danube Delta represents a very favorable place for the development of highly diverse flora and fauna. Situated on major migratory routes, and providing adequate conditions for nesting and hatching, the Danube Delta is a magnet for birds from six major eco-regions of the world, including the Mongolian, Arctic and Siberian. There are over 320 species of birds found in the delta during summer,of which 166 are hatching species and 159 are migratory. Over one million individual birds (swans, wild ducks, coots, etc.) winter here.

The chamois is a goat-antelope native to mountains in Europe, including the European Alps, the Pyrenees, the Carpathians, the Tatra Mountains, the Balkans, parts of Turkey, the Caucasus, and the Apennines.

A true symbol of wilderness, they can be found on top of mountains in summer where there is enough food and few predators, but they can come down in valleys during winters, and they can be spotted on the touristic trails quite often, as these photo cameras captured them, in attached photos. Surely your mountain trip will be much more interesting if you manage to spot on the way these majestic mountain animals! 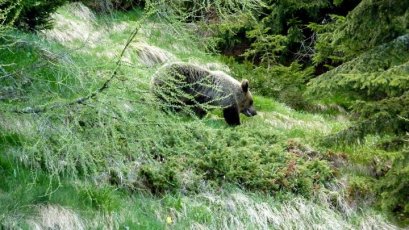 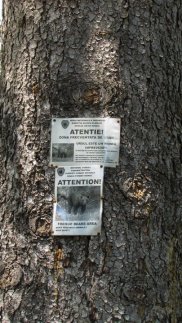 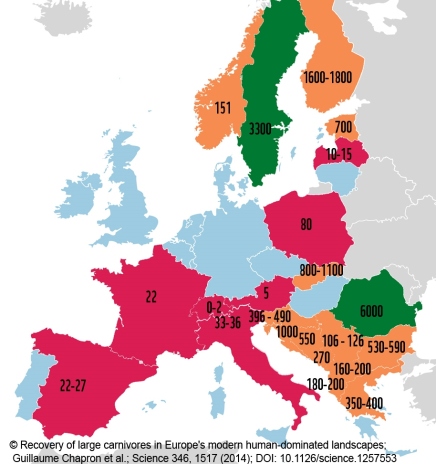 One of the last corners of true wilderness in Europe are the Carpathian mountains, most of them in territory of one Eastern Europe country, Romania! This is one of the last remaining homes of shrinking populations of brown bears in Europe (excluding Russia), but with huge pressure from many sides like deforestation, hunters lobby, poaching and infrastructure development!

In recent past, poverty (lack of capital to exploit local resources like forest) together with very high tolerance of Romanian rural people for wildlife have allowed brown bear population to survive in these places. Currently as Romania joined European Union and received funds to develop their roads, and when most of forests were auctioned to private Western European bidders for exploitation, with lack of proper government legislation to allow long term sustainability, together with intensive poaching from increasing number of local rural population and even hunting lobby represented by richest person in Romania, all these factors started to take their toll on the now officially estimated 6000 brown bears in Romania. It is a matter of time before all bears are gone, with current pace, and Romania will join the other European countries which have almost completely sacrificed their bears and other wildlife predators for profit or ignorance reasons.

In favor of bears survival there is still high tolerance from part of population, although most would not actively support an initiative and anyway majority would always favor developed infrastructure instead of current status, and a handful of non-profit organizations like WWF Romania which do a great job in trying to assure bears survival, and have many initiatives in this regard, but of course they count as well as much funding as possible to continue their fight and here you can contact them and try to support them! Romsilva is another organization (public) which theoretically should protect the forests from illegal deforestation (although their own legal forest exploitation, by its sheer volume, is far more damaging for environment, as well as their chronic corruption and incompetency) , but they can gather high number of volunteers to re-plant trees in non-urban areas (although artificially grown mono-culture forests are never a substitute for primeval genuine forests) and they have a bit more funds to monitor forests and wildlife with drones and video cameras (here also with purpose of assessing profits from hunting), whose images they also share on their facebook account: here . Agent Green is a non-profit organization on the other hand which does a great job highlighting the abuses that Romsilva is constantly doing, turning vast national parks with pristine forests into massive logging areas for the main political party clients, but Agent Green is there to film it, share it with public and complain about it up to European institutions! Also Bear Sanctuary in city of Zarnesti does a great job savings captive bears from owners which captured them illegally, unfortunately these bears can never return in the wild, but they can still serve an education purposes for visitors, here for more details!

Poaching is another phenomenon which takes a big toll on bear population, this is made with snares or with guns, as at least in Romania, almost each person with a license for legal hunting is also an opportunistic poacher. They do this for food, for “sport” and also from lack of education, for them predators are clearly bad animals, these people failed to understand, even when explained, how all elements of an eco-system connect! In attached pictures is a brown bear seen by a group of Romanian tourists which love mountains and sometimes they see wildlife which they happily photograph. But in the same forests unfortunately you can also find remaining of brown bears fallen victims to poachers.