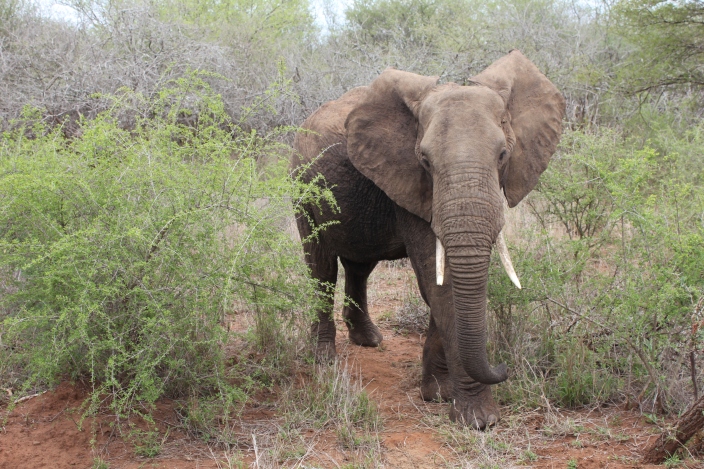 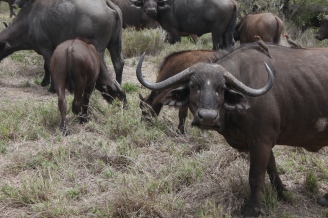 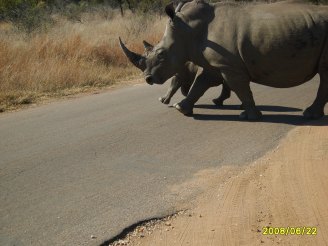 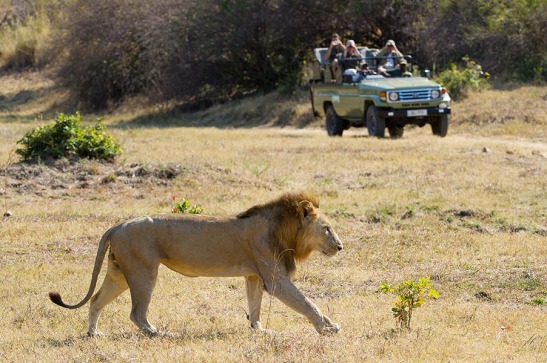 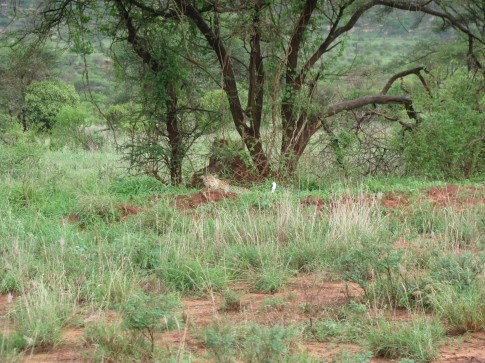 In Africa, the big five game animals are the African lion, African elephant, Cape buffalo, African leopard, and rhinoceros.The term “Big Five” refers to the five most difficult animals in Africa to hunt on foot. Subsequently the term was adopted by safari tour operators for marketing purposes. The members of the Big Five were chosen for the difficulty in hunting them and the degree of danger involved, rather than their size.

Many if not most safari destinations are advertising the Big 5, but it is not guaranteed that you will spot all of them, especially the nocturnal predators like lions and leopards, but again, an experienced safari guide will know how to track them even in day light, and make sure you will have some excellent photos! 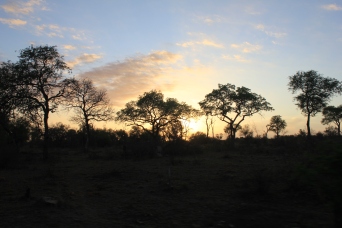 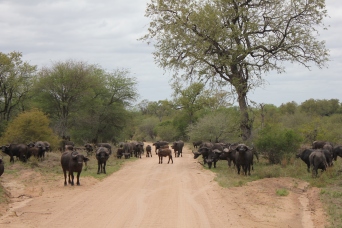 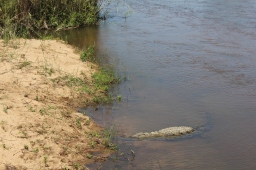 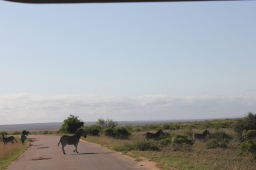 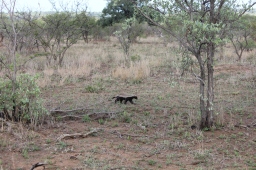 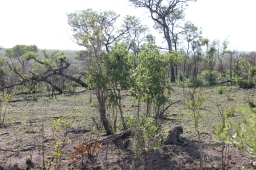 The advantages that Kruger offers, in comparison with other safari locations, is a malaria free area with a wide variety of wildlife, among them the cheetah and the rare African wild dog, great infrastructure and some interesting safari options, like night time safari or walking tours among wildlife, of course protected by a park ranger. Timely bookings are needed, as this park attracts a great number of people at very competitive prices. Best time to visit seems to be May to Sep (the dry season or winter season in Southern hemisphere) as there is less vegetation and would be easier to spot the animals, however the park is open all year long, and surely you will have a few stories to tell back home anyway!

Attached are some pictures received from a recent visit to the park, hope you will find them inspiring! Enjoy! 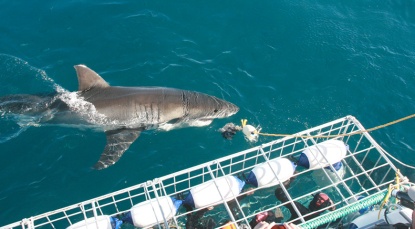 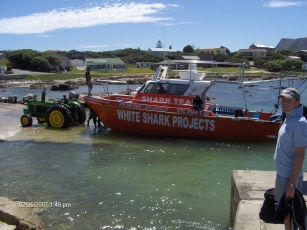 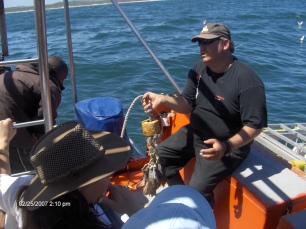 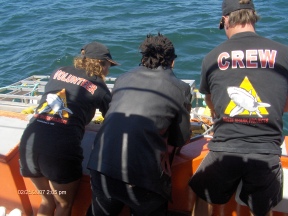 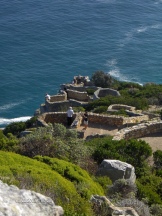 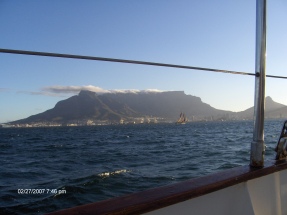 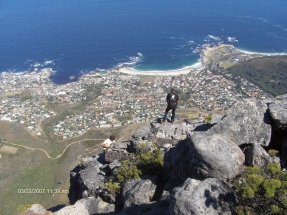 The great white sharks have undoubtedly inspired many Hollywood film makers, which in turn, through the means of their movies, have most of the times conveyed and emphasized a basic instinctive fear to the audience for this great predators of the oceans. However, convinced that in nature there are no good or bad players, but they are all part of same interconnected world, I decided to take a closer look and learn more about this species, and one safe way to do it is by means of a cage diving, with a professional crew formed of marine wildlife biologists, in one of the places with greatest density of white sharks in the world, Gansbaai, Indian Ocean coast, South Africa! The trick they said was just to lure the shark with bate, and never feed them, to spoil their wild behavior, and to associate boats with food! A list with more destinations in South Africa for such an adventure can be found on internet, here is one of them.

Apart from the completely safe but unique adventure, what I learned was that scientists have relatively recently started to learn more about the great white sharks, for example about their migration habits, whereas it has been always thought this was a coastal animal. Currently the status of great white sharks is that they are vulnerable, threaten by fishing and human activity, as the only natural predators are exceptionally the killer whales (the orca). A February 2010 study by Barbara Block of Stanford University estimated the world population of great white sharks to be lower than 3,500 individuals, making the species more vulnerable to extinction than the tiger, whose population is in the same range. According to another study from 2014 by George H. Burgess, Florida Museum of Natural History, University of Florida, there are about 2000 great white sharks near the California coast, which is 10 times higher than the previous estimate of 219 by Barbara Block.

The females, larger than males (typical for species which dont fight for reproductive rights or territory), can reach up to 6 m and 3 tonnes in weight, and can live up to 70 years. Humans are not the preferred prey of the great white shark, but, nevertheless, the great white is responsible for the largest number of reported and identified fatal unprovoked shark attacks on humans (especially on surfers being taken for a seal…they have also been known to eat objects that they are unable to digest, due to same error). Great white sharks, like all other sharks, have an extra sense given by the special organ called “ampullae of Lorenzini” which enables them to detect the electromagnetic field emitted by the movement of living animals. Great whites are so sensitive they can detect variations of half a billionth of a volt. At close range, this allows the shark to locate even immobile animals by detecting their heartbeat. Most fish have a less-developed but similar sense using their body’s lateral line.

Great white sharks are oviparous, which means eggs develop and hatch in the uterus and continue to develop until birth. The great white has an 11-month gestation period. Sharks taken during the long interval between birth and sexual maturity (at around 15 years of age) never reproduce, making population recovery and growth difficult. 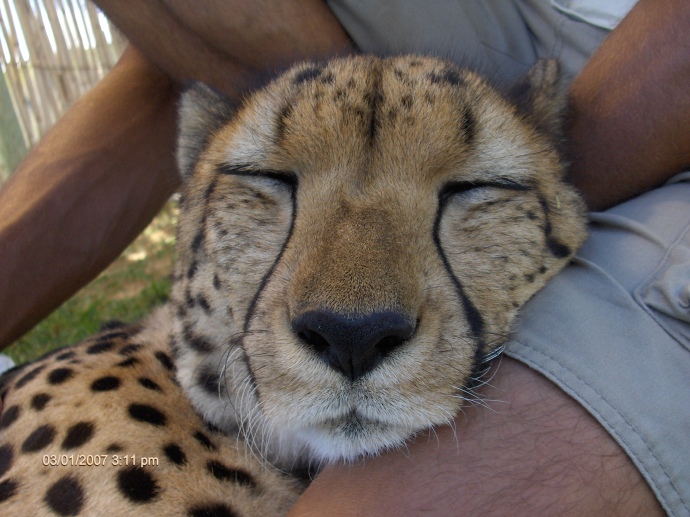 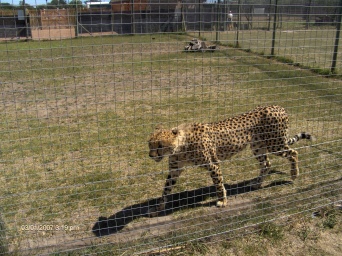 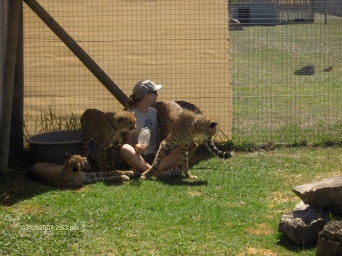 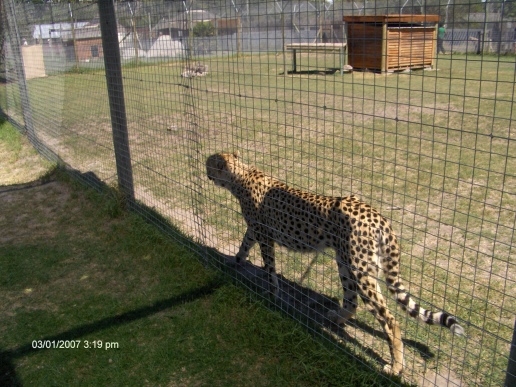 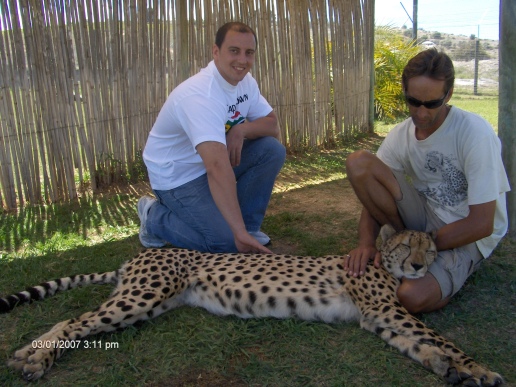 Still in South Africa, very close to Cape Town this time, I had the joy, some time ago, to visit the Cheetah Outreach education center, where on relatively small property, there is a breeding center for cheetah (and few other wild species), which also serves as education center, and where a team of dedicated staff can teach you about this magnificent wild animal and also give you the chance of a close encounter! (all free of stress for the animal). More details here, highly recommended if you live around the area, or just visiting Cape Town: www.cheetah.co.za

The cheetah is one of the big cats, specialized in hunting some of the fastest pray in the African savanna (initial territory range of this animal included Asia and Middle East, but this has been drastically reduced). He is the fastest land mammal on planet, reaching more than 100 km per hour in few seconds, a truly formula 1 of the wild world. But this specialization came with a cost, his light body cannot sustain the speed for longer period of time, leading to over-heating, and also couldnt compete with other predators for protecting its prey once hunted, being smaller in size and couldnt afford any wounds, he quickly gives away the food once the first hyena, leopard or lion comes around!

As he prefers hunting during the day, to reduce competition from majority of other predators, you may be lucky enough to spot him hunting while in a safari trip, although their number in the wild being at few thousands, they can be a rare sight! Apart from threats from loss of territory and poisoning by the farmers who want to protect their live stock, this wonderful animal now faces also the consequences/risks of inter-breeding, the species reducing its genes pool variety, making the species more vulnerable to diseases! This is common to wild animals that are isolated or because they were once on bridge of extinction and the come-back happened from a very small population where individuals were related/family!

It will definitely help if visiting the center, staying educated, and making a small material contribution to the further research, protection, breeding and education of the human population! The loss of such precious wild animal would be a catastrophe for sure! 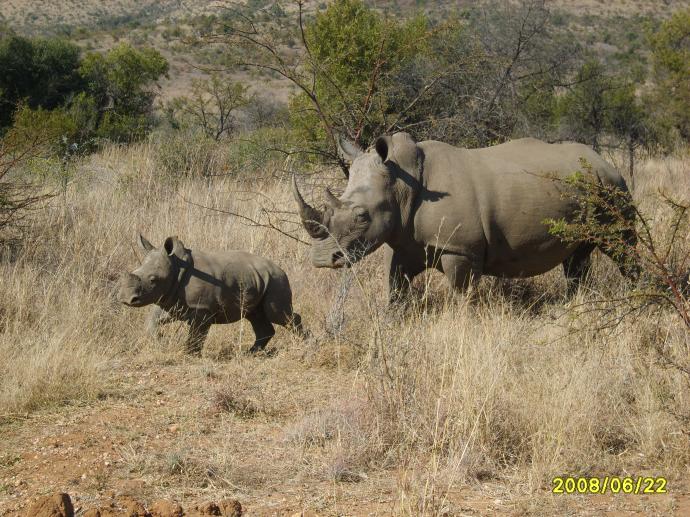 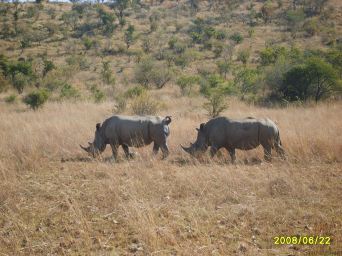 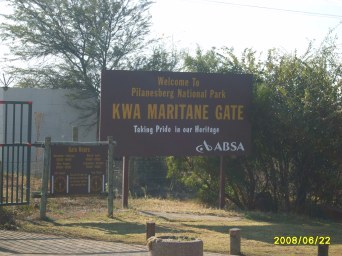 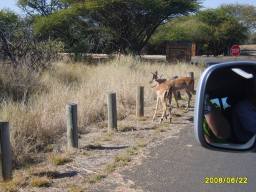 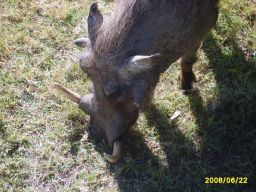 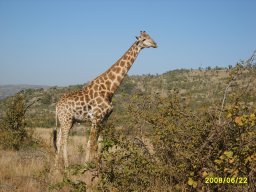 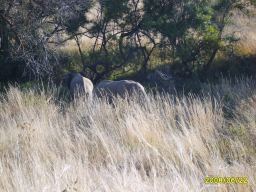 Just in case you have the chance to pass by Johannesburg, South Africa, take the time to visit Pilanesberg National Park, within short distance from the city. Even one day is sufficient to visit the park and have the privilege of meeting some of its residence! I made the visit during a Saturday, while in a Business trip in the capital of South Africa, very convenient one day trip, but you can chose the spend the night in the park, there are special camp places! More details on the park infrastructure: HERE

The park is also one of the largest volcanic complexes of its type in the world, the rare rock types and formations make it a unique geological feature. A number of rare minerals occur in the park. Pilanesberg Game Reserve rates high among the world’s outstanding geological phenomena.

Regarding the wildlife, as of December 2010 the total count of large mammals was approximately 10,000, including:

From this list, I checked some elephants, impalas, zebras, giraffes and my favorite, the White rhinos, including a mother and her baby! I felt really lucky, considering how rare these animals have become, due to illegal poaching for its horn, used in Asian medicine, whereas this is nothing more than keratin, same material the human hair is made of…Hope the conservation efforts will be sufficient to still have white rhinos in national parks, and for this tourism is an essential source of funds and thus a source of essential support!